A law is not a law until the newly elected party gets their say too!

Don’t get your red pen yet and change your employee policies … but on October 23, the Ontario Government announced Bill  47, Making Ontario Open for Business Act, 2018.  This newly proposed Bill makes a number of amendments to the previous Bill 148, the Fair Workplaces, Better Jobs Act, 2017.

Here’s a rundown on a few of the announced reforms of Bill 47, once it is given Royal Assent.

Under the *NEW* Bill 47  - All above provisions repealed.

Equal Pay for Equal Work:
As of January 1,  2019, under Bill 148  - Employers cannot pay one employee less than another due to different employment status if they both perform equal work. (Status could include full-time, part-time, casual, permanent, temporary, or seasonal). As well, employers cannot pay assignment employees less than what is paid to directly employed individuals.

What hasn't changed with Bill 47?

The following things will remain in effect:

And despite what the headlines tried to make you fear, the ability to require a worker to wear an elevated heel is also not a point of discussion. This part of Bill 148 was established under the Occupation Health & Safety Act and has not been changed.

Read about all the changes in Employment Standards Act, Labour Relations Act,  and the Ontario College of Trades and Apprenticeships proposed here: https://www.ola.org/en/legislative-business/bills/parliament-42/session-1/bill-47.

Subscribe to our updates!
Want to keep up to date with changes in legislation? Subscribe to our email list through our contact form. We will keep you in the know and provide you with timely resources for potential changes to your workplace! 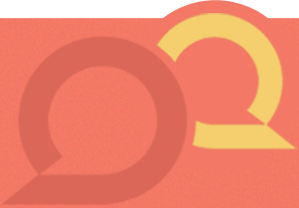